The financial crisis highlighted some weaknesses in Europe’s pre-existing financial regulatory architecture and provided considerable impetus for a reform.

In October 2008, the President of the European Commission, José Manuel Barroso, appointed Jacques de Larosière to chair a committee of experts charged with the task of advising on the future of the European financial regulation and supervision. The final report, the “Larosière Report” was published on 25 February 2009.

The report indicated that despite the single market, the existing system of financial supervision in Europe was uneven and often uncoordinated, with the current advisory financial services committees insufficiently equipped to ensure both co-ordinated decision-making and the consistent determination and application of rules.

In order to address the situation the  Larosière Report put forward proposals to replace the EU's existing supervisory architecture (Level 3 Committees, CESR, CEBS and CEIOPS) with a European system of financial supervisors (ESFS), consisting of three European Supervisory Authorities (ESAs) a European Banking Authority (EBA), a European Securities and Markets Authority (ESMA), and a European Insurance and Occupational Pensions Authority (EIOPA). Additionally the proposals included the establishment of the European Systemic Risk Board (ESRB). Based on this report, the European Commission brought forward proposals in September 2009. On 22 September 2010, the European Parliament, following agreement by all Member States in the Council, voted through a new supervisory framework for financial regulation in Europe.  The three ESAs and the ESRB were established by legislation in December 2010 and formally commenced operation as from January 2011. 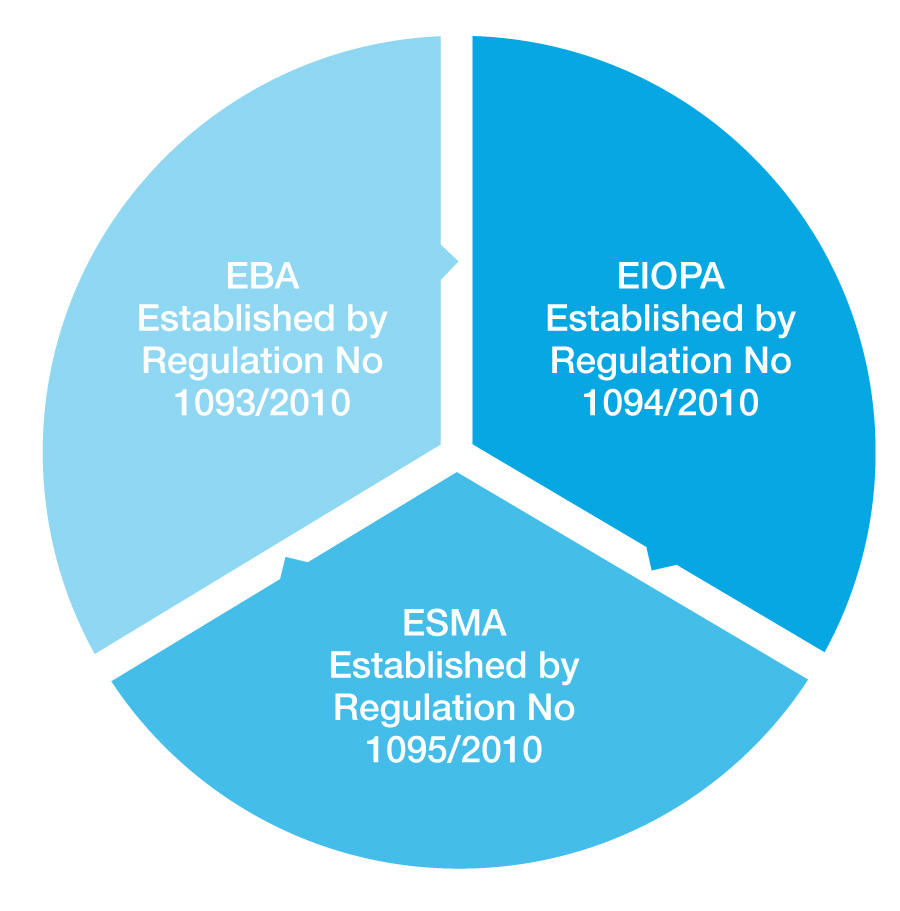 Role of the ESAs

The three ESAs work in tandem with the supervisory authorities of the member states to strengthen and enhance the EU Supervisory Framework, improving the coordination of national authorities and raising standards of national supervision across the EU.

Powers of the ESAs